Festivals are the most fun part of the year. Getting together with your family, friends, and cousins celebrating and having fun leaving the routine aside for a day or two are the highlights of a lifetime. Hence, it can be said that festivals play an important role in creating bonds, memories, growth, learnings, and life in general. That being said, let’s look at some of the Indian Festivals in August 2021 that are going to be the center of all the fun. The first Sunday of August is celebrated as Friendship Day and this year it has fallen on the 1st, what a good start to the year. On this day everyone celebrates their friendships with gifts such as friendship bands, rings, or other presents that emphasize the importance of a friend in their lives. 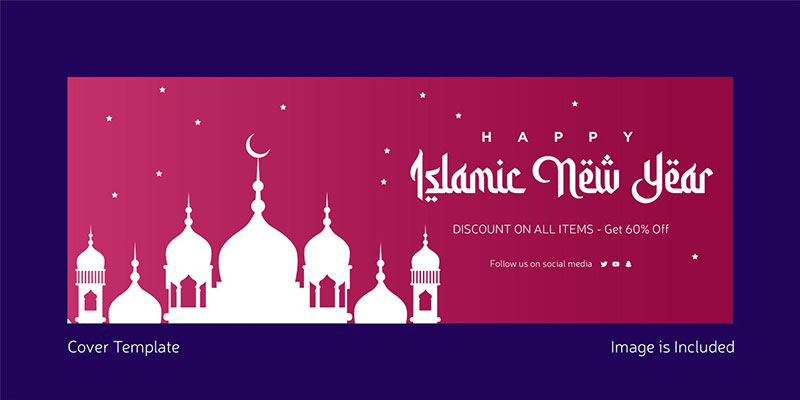 Also known as Hijri New Year, the Islamic new year is celebrated on the first day of the month of Muharram which marks the beginning of the new Islamic calendar. The Islamic lunar year consists of 354 days divided into 12 months and Muharram is the first month in the Muslim calendar, also considered as a sacred month. On this day people are generally involved in religious acts of worship, prayers, and recitations reflecting upon time and their life.

On this day, women worship the moon by fasting and celebrate the festival by singing and dancing to traditional songs. As the name suggests Hariyali Teej signifies greenery and so mostly green dresses and bangles are worn. It is also known as Choti Teej or Shravan Teej as it falls in the Shravana month of the Hindu calendar.

Athachamayam is a cultural festival that marks the beginning of Onam. The festival is a rare opportunity to witness all the folk art forms of Kerala. Processions are carried to represent the King of Kochi and his entourage, to commemorate the King’s victory. The caravan is accompanied by caparisoned elephants, floats, musical ensembles, and a variety of folk art forms. This day is celebrated by worshiping serpent gods and asking for their forgiveness. Women usually celebrate this day by offering milk and praying to serpent gods for the safety and health of their families. It is believed that anything offered to snakes on this day would reach directly to serpent gods. 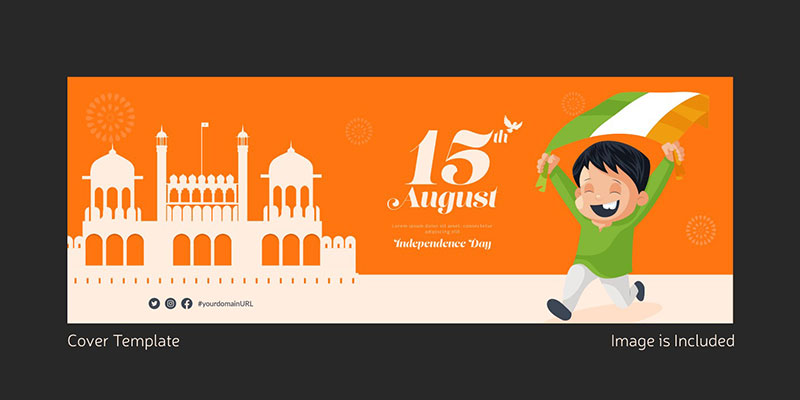 On 15th August Indian Independence day is celebrated remembering the freedom of India from British rule on the date in 1947. People throughout the country engage in activities and tributes to the national heroes, marches are carried out by soldiers and scouts, patriotic songs are played, and the tri-colored flag is seen almost everywhere as the pride of the nation. Parsi New Year, also known as Navroz or Nowroz, is celebrated to regard the beginning of the Iranian calendar. This day is rejoiced by Iranians and the Parsi community around the world, praying for good health and prosperity as they declutter their homes, hearts, and minds of all unnecessary things. People dress up in traditional attire, decorate their homes, prepare delicious food and visit the Fire Temple to offer fruits, sandalwood, milk, and flowers. Muharram is considered a sacred month in the Muslim Calendar and the 10th day of Muharram is the day of Ashura. The day is celebrated by Shia and Sunni Muslims from all over the world. It is observed as a 10 day period of mourning for Shia Muslims in remembrance of Husayn ibn Ali who was martyred on this day. They usually dress up in black, take part in street processions and chants while whipping their chests as a tribute to the sacrifice of Husayn ibn Ali. 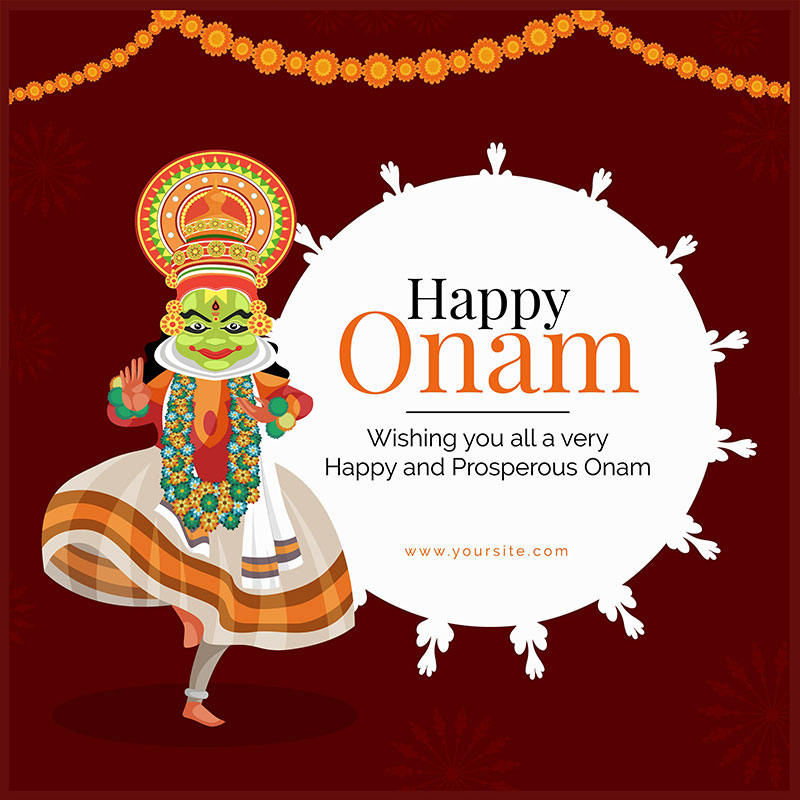 Onam is celebrated for a 10 days period during which several activities take place gathering a great deal of enthusiasm among the people. Onam is a major festival of Kerala but is enjoyed by every religion. The festival is celebrated by the lighting of Nilavilakku followed by arati and waving of flowers over the bible. During the festival, the state is filled with colors of fun and joy raised by several events that take place. Raksha Bandhan is a festival to celebrate the bonds of siblings. On this day, sisters tie rakhis to their brothers sharing with them the responsibility to protect and stick together for a long time. Sisters also make custom rakhis to show love and affection to their brothers. This festival is widely celebrated in India among siblings with rakhis, arati, and gifts. 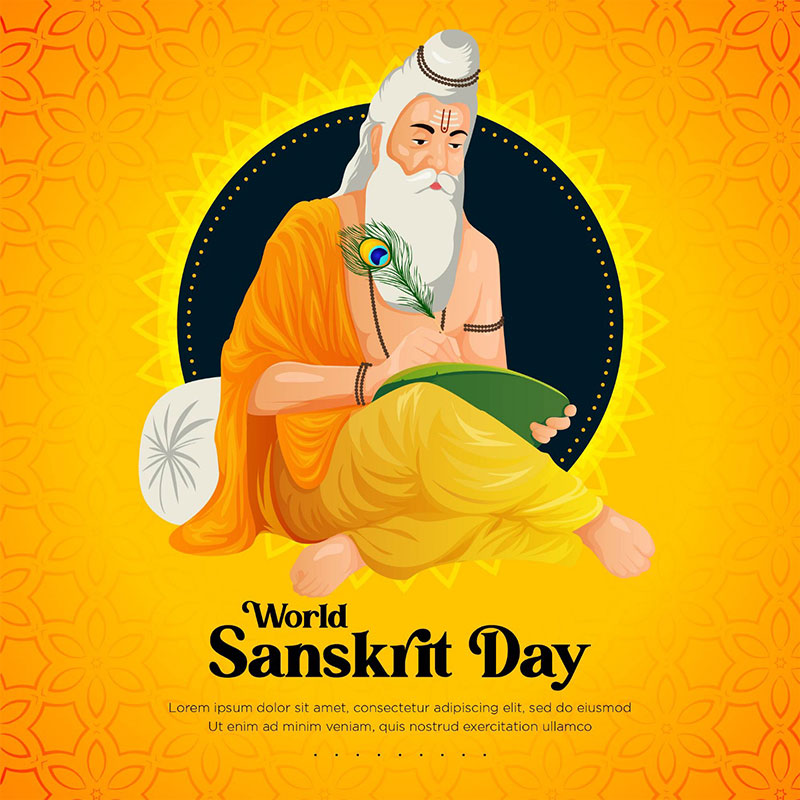 Kajari Teej is also known as Badi Teej. The festival falls during the Krishna Paksha of Bhadrapada month according to the North Indian calendar and Krishna Paksha of Shravan month according to the South Indian calendar. On this day, the sacred pooja of neem is carried out among various rituals and traditions. Women sing Kajari songs and celebrate the day in praise of Lord Krishna.

Shitla Satam is a significant festival in Gujarat. It is celebrated according to the beliefs that Goddess Shitla would protect her worshipers and their families from diseases like measles and chickenpox. On this day, the stove is not to be lit and the food which is consumed should be made the day before and is served cold. Hence, special food is prepared the day before by Gujarati families also called Randhan Chhath and the festival is celebrated with the sweet aroma of dishes in the air and huge gatherings of family members. Janmashtami is celebrated on the birthday of Lord Krishna. The activities majorly include handi-phod, in which a pot is tied at a certain distance above the ground and people form human pyramids to break the pot and eat the curd symbolizing the mischiefs of Lord Krishna, and people also dress up as Lord Krishna, Radha, and other characters from the epics and take part in plays and enjoy the festival.

August is a month full of festivities and holidays celebrated all over India and thus the month is most anticipated and enjoyed. And with this, the list of holidays in August 2021 ends but the fun continues.